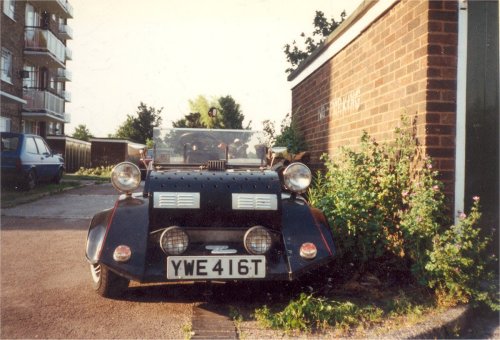 Well here's a strange thing.  This was advertised over in Rugby, so jumping on the back of Striker's trike we headed over and took a look.  Oh dear, I went and bought it.  First thing was some kind of engine cover.  Next was an extra radiator to take care of the overheating.  The rear suspension was upgraded next. 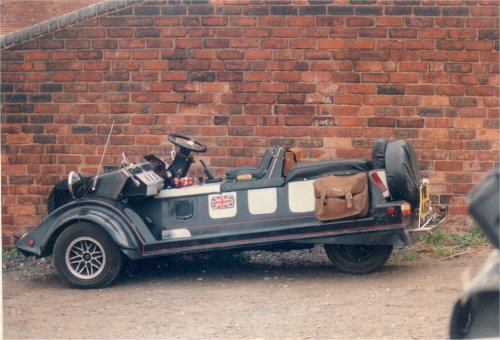 I didn't really take to the "two wheels at the front" school of triking, and after giving the Scorcher twelve months "on trial"  I sold it on to Joy, who having a car licence could ride the Scorcher.  She soon passed her bike test and sold it on .