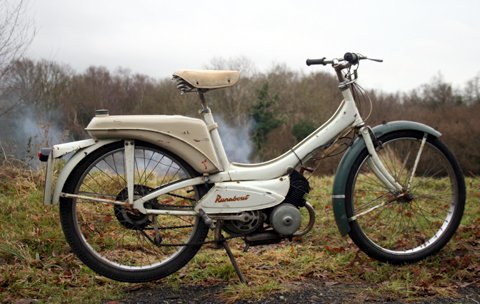 This was spotted leaning against the back wall of my Grandmother's neighbours house.  The grand sum of five pounds changed hands, which come to think of it was a fair sum in those days - when I first started work my wages, after tax, were only about sixteen quid.  This much abused bike spent most of its time riding round the local quarry, sadly filled in now.  When I wasn't in the quarry I was riding along the lane which lead down to the railway.  At the top of this lane was the local police house - which is how the bike ended up in the policeman's custody and I ended up with a bollocking off the old man.  At least I got the bike back.  Once again, I just don't recall what happened to the Runabout.