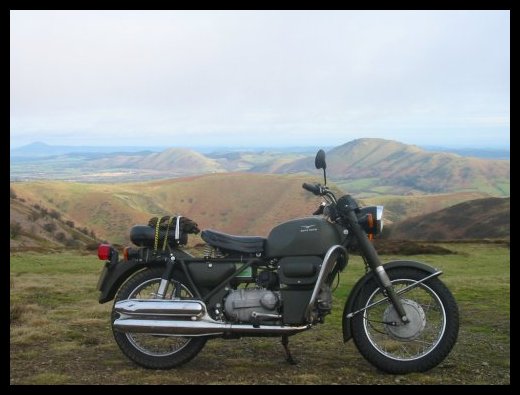 This was a sort of Christmas present to myself.  Bought from North Leicester Motorcycles on January 2nd, 2003.  This is a thirty year old bike which has never been used.  The Italian government stockpiled thousands of them, then with the introduction of new "green" legislation, found they could no longer run them.  A brand new, tax exempt, 500 single.   That'll do me, thank you. 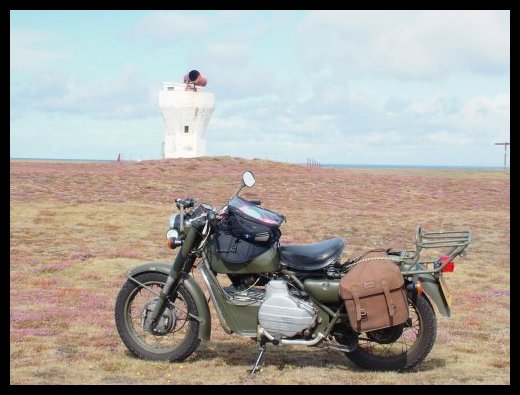 The Guzzi even went to the Isle of Man.  Here it is sat at the Point of Ayre.  I must admit, it actually broke down - well, the clutch cable snapped.  Being of the old school of biking, I carry spare cables.  A ten minute fix by the road side at Laxey and I was back on my way. 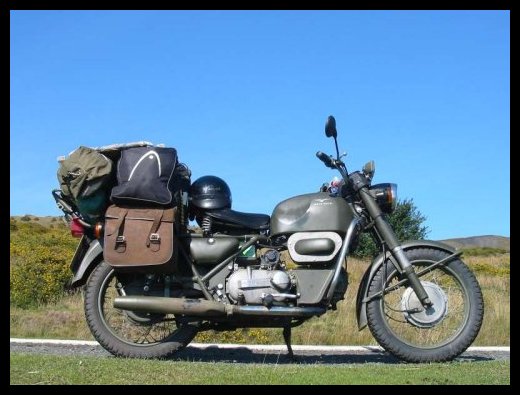 The one thing the Guzzi is good for and that is touring.  It ain't exactly quick, but you can load it up and it just rolls along nicely.  That massive external flywheel makes for some interesting gear changes, to say the least. 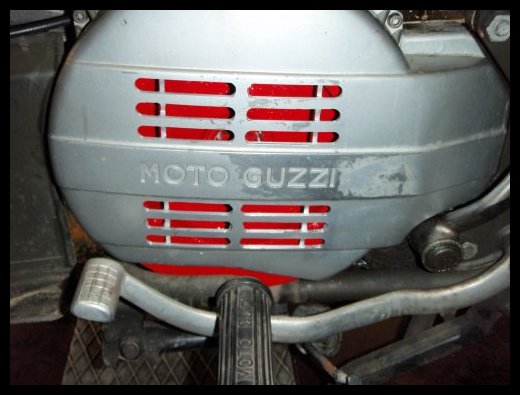 Speaking of that flywheel - on the original Falcones the flywheel was always painted red, hence the nickname of "Bacon Slicer", so not wanting to feel left out I duly painted my flywheel red.  Now seeing as it lives beneath a large alloy cover, the next step was to mill some slots in the cover so that you can see the flywheel.  I've since painted black quadrants on the flywheel so that you can tell it is actually moving.

Being Italian, the electrics failed . . . well the connector on the back of the ignition switch which feeds the lights had worked loose, so that was soon fixed.  Ever since I've had this bike it has always run a tad weak on small throttle openings - so this year I did something about it and fitted a slightly larger pilot jet ( up from a 54 to a 58 ) and the difference is amazing.  It hardly ever spits back through the carburettor when pulling away now.  The other little thing I did was to fit an electric solenoid shut off valve in the feed pipe to my chain oiler.  This means the oil only flows when the ignition is on - sort of an electric version of the "Scott Oiler"  Like the B33, this bike has suffered from not enough use this year - a grand total of only 454 miles between MOTs.

Like the MZ, the Guzzi has been used and has given no trouble.  There again, I haven't exactly done thousands of miles on it over the last twelve months.

This is another machine that doesn't get used as much as it could - a grand total of 313 miles covered over the last twelve months. 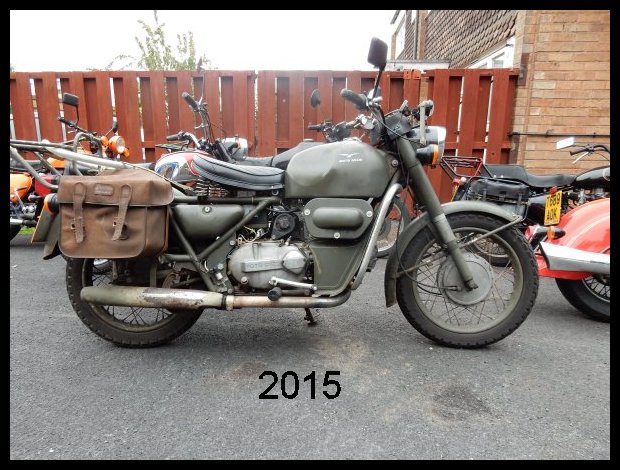 Again the Guzzi has not been used that much - only 397 miles between MOTs.   In order to make riding a little safer I decided to fit a front brake light switch.

So far this has worked perfectly. 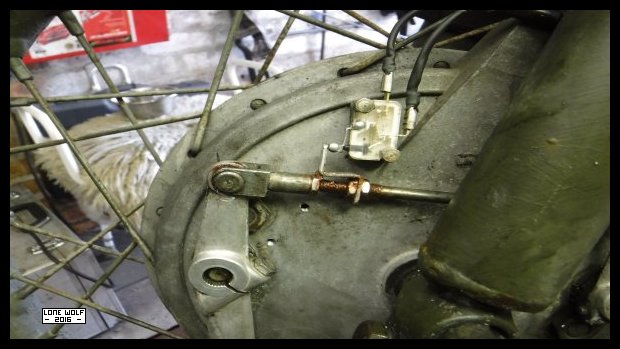 The Guzzi is another bike which really needs a bit of a makeover.  Will this be the year I get around to it ?

Apart from a new battery, the Guzzi hasn't had much spent on it.  There again, it hasn't really had much use . . .  again. 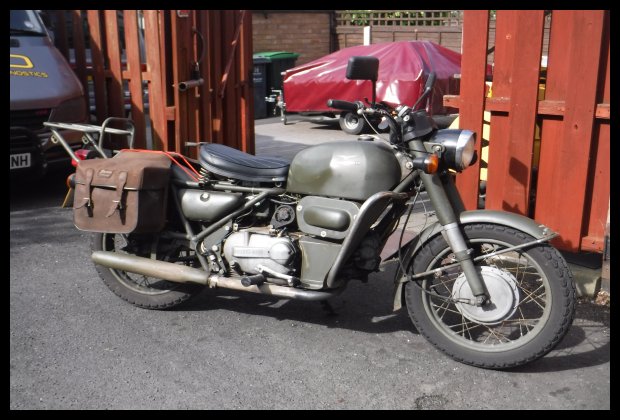 Well the Guzzi is currently sitting with a bald rear tyre and no MOT.

The plan is to actually do a bit of work on it.  There's an electric start being fitted - which is living on top of the fridge for now.

I was toying with the idea of hard luggage, but seeing as I don't really do any touring these days, is it worth it ?

The Guzzi has had a bit of a face lift.  New stainless steel wheel rims, stainless exhaust system, powder coating and a rewire.

The first little snag was that massive flywheel - it just didn't want to come off.  Eventually after making a few special tools I managed to remove it. 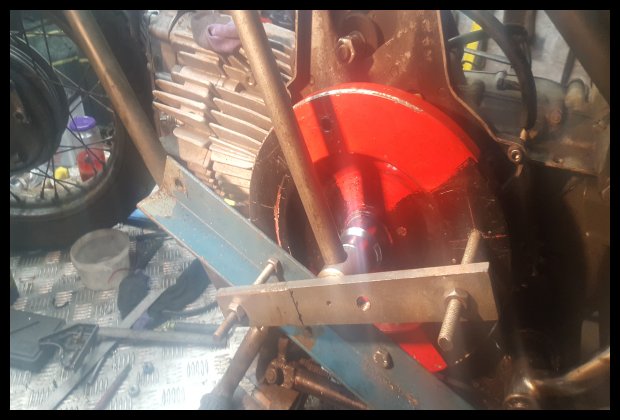 Then it was a session with the steam cleaner on the frame and engine. 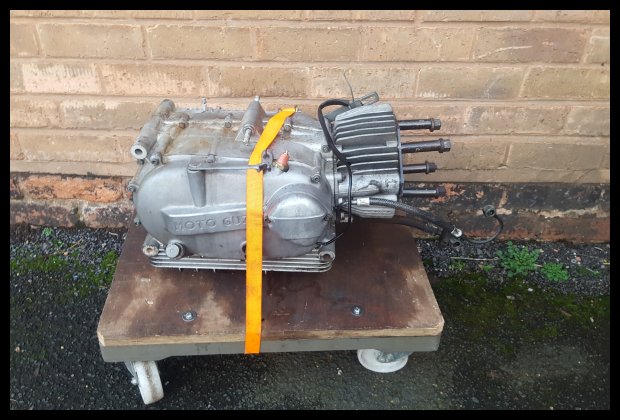 Soon all the bits were ready for powder coating. 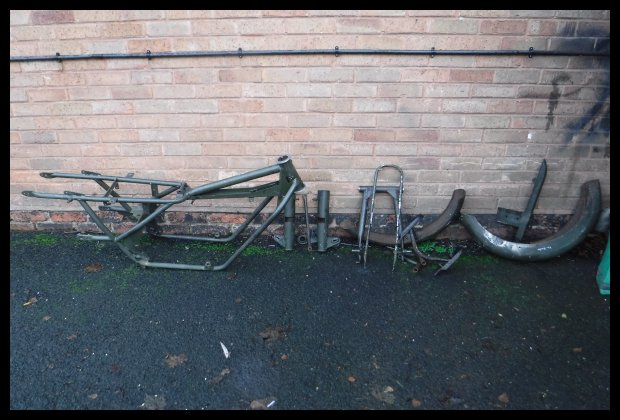 The petrol tank, once it had been stripped, was found to be dented and creased.  There's no way you could just powder coat over it.

So it went away to have the dents knocked out of it - then it had to be brazed where there was a welded repair earlier.

Only then could it be powder coated.  The next niggle was the dynastart - or to be more precise, the dynamo regulator.

To cut a long story short, it was the battery which was somehow killing the solid state regulator.

Following a rewire, the bike had a new electronic speedo. 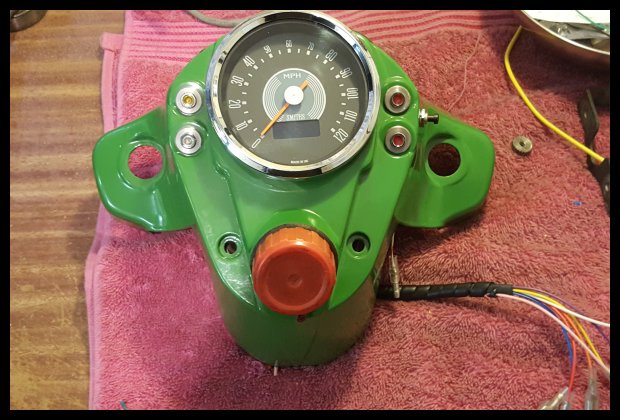 Just to make things interesting, the new speedo had a rather annoying fault.

It would register speed, but the odometer would only count in tens.

In the end I fitted a Daytona electronic speedo. 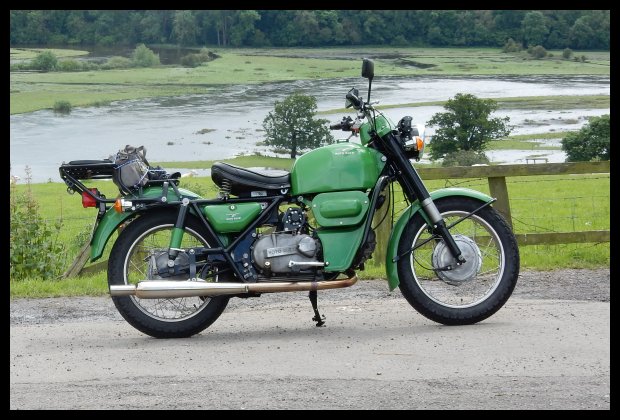 The we have it - the Guzzi is now "Grass Green" - it has lots of stainless bits, and an electric starter.

All I have to do now is use it a bit more.

I'm happy to say that the Guzzi is another one of those bikes which just gets on with being a bike. 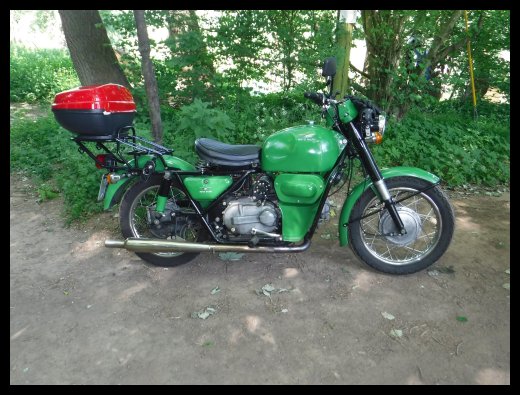 The main two things which have been done to the Guzzi are:

The flywheel cover has been machined away so that you can see the flywheel more clearly - the earlier slots didn't give you a good view.

The other thing is that hideous red topbox is now a hideous green topbox. 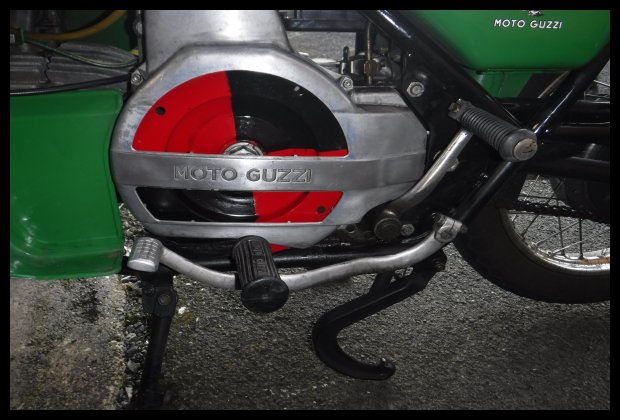 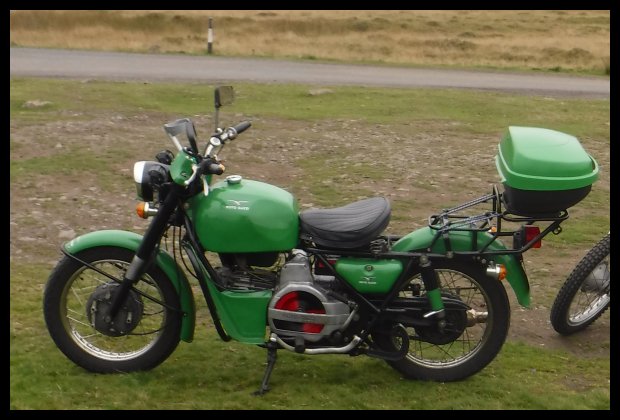