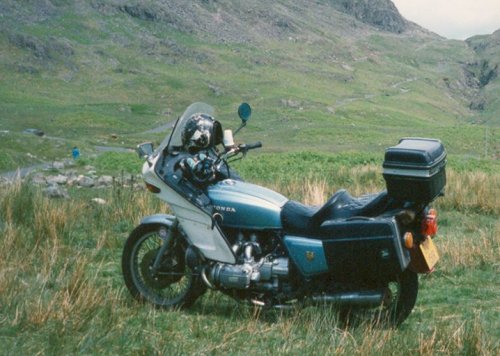 1987 and I buy my first Japanese bike.  Why ?  Well, a certain tosser appeared on "Top of the Pops" wearing a black leather jacket with BSA on it - this annoyed me to the point of buying Japanese.  Bryan (BJ) Jones, a fellow Moonshiner sold me this wonderful device for the sum of £600.  It was certainly different to my M21 outfit.   1987 saw the 'Wing heading for the Simmer Dim rally, in fact it felt so tired that it lay down and went to sleep on the way over. 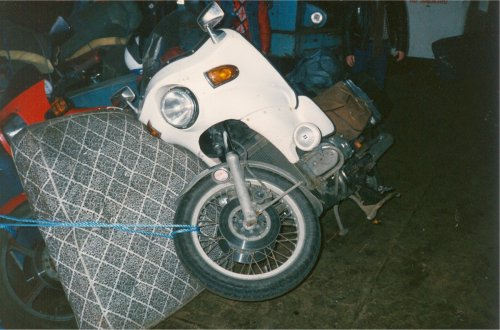 All credit to the P&O shipping company, they paid for any damage done to any bike which fell - it was their staff who loaded and roped down the bikes.  It's amazing what a storm force 10 will do to a row of bikes.  My 'Wing, being on the end of the row, didn't suffer any damage at all.  A good rally - almost everyone on the boat was singing "Star Trekkin'" which happened to be number one at the time.  Sad or what ? 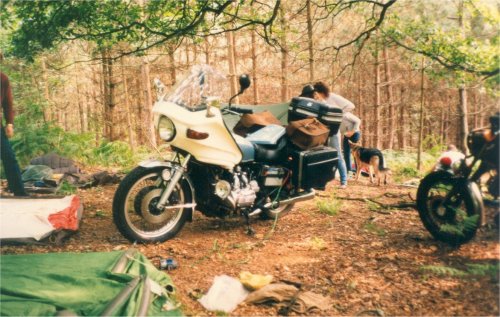 As much as I liked the Gold Wing, it was just too bland and boring ( so I go and buy another one even more so ? ) and I ended up selling it for the same price as I gave for it to Alan, from work.  He painted it maroon and sold it for twice the price.  Ah well, it didn't owe me anything.