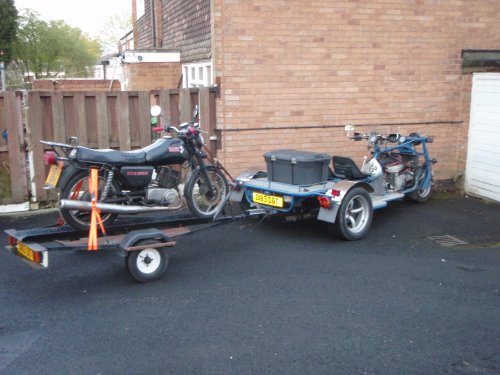 Bought from Caddy in January, 2009.  This is a more modern version of the "Supa Five" which I sold back to the original owner in April.  Along with the bike came two van loads of spares.  Ah well, I'll retain enough to keep the bike running and sell the rest on. 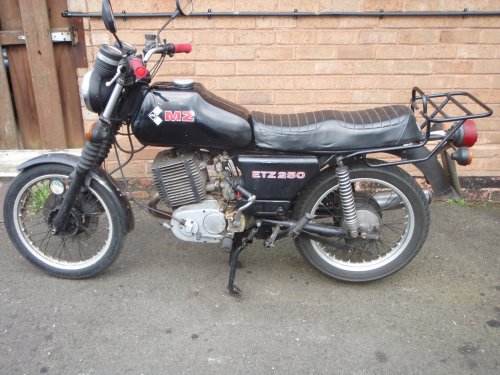 In a vain attempt to make the bike look prettier I passed a spare fuel tank and side panels on to Andy Vernon - the plan being that he does a paint job on 'em.  This was on July 7th, 2009 - I ain't heard a word about 'em since.  Ah well - I can't ride it for the foreseeable future.  It's now October, 2010 and seeing as Andy has now gone to live "down South", in Dursley, my MZ bits have come home to roost, unpainted of course.

I might as well face it, it's now July 2011 and thanks to this injury it looks like I'm not going to be able to ride the MZ, (mainly due to it being left foot shift and having very high footrests) . . . . so I've sold it to a fellow Moonshiner.