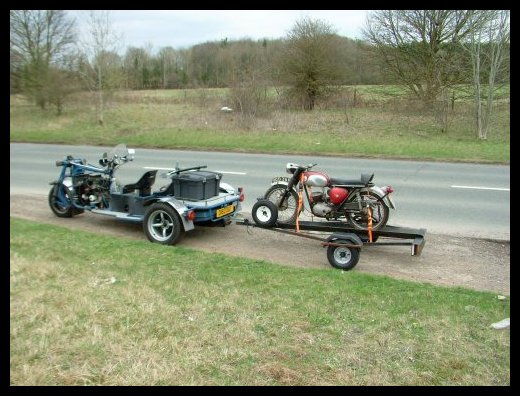 There's an interesting story behind this machine.  The bike was originally owned by a Mr. Alan Saunders from Purton who bought the bike new in 1968.  Mr. Saunders worked for British Rail at nearby Swindon, and the Bantam was ideal for commuting.  Some four years later Mr. Saunders emigrated to Australia, leaving the Bantam in dry storage back in the U.K.  The bike sat there until 2006 when it was taken as part payment for work done.  It then sat another six years until I went and picked it up, with the intention of getting it back on the road.  So far ( September 2013 ) it has sat in my garage.  I've done a few things, such as cleaning out the petrol tank, and I've bought a few items in readiness, but up to now things haven't progressed very far. 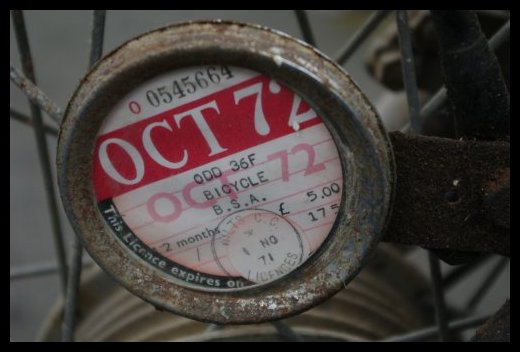 I made a start with the D14/4S early in the year.  The bike was stripped down and some parts went off for chrome plating, some went for powder coating, and some went off for zinc plating.  The wheels were rebuilt using stainless steel rims and spokes.  I put the engine on one side - a quick look at it showed that the big end had gone.  That can be sorted at a later date, besides I do have a spare engine that can be used until the original has been rebuilt. 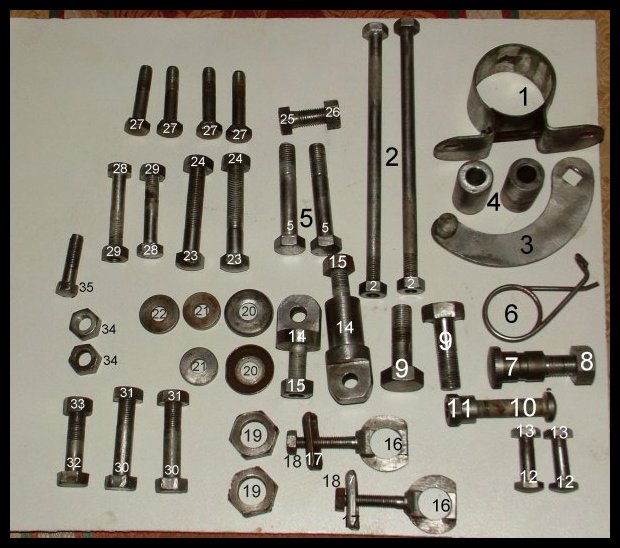 All the components which went for zinc plating were listed - this makes life much easier when you get the part back. 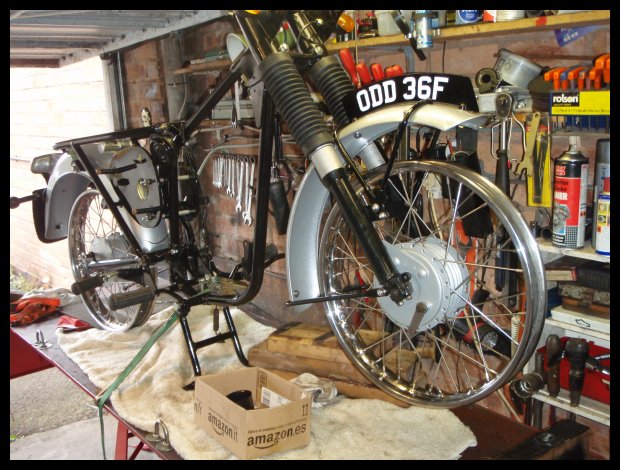 This is as far as I've been able to go with the D14 - not being able to work and the fact that the "other side" have not sent me an interim payment in two years means that I can't afford to spend money on anything non essential for a while.   As soon as I'm financially able, then the rebuild will continue.

On March 3rd the D14 went for MOT - at last it was on the road.  The first snag was the petrol tank - where it had been polished prior to chroming, they had polished through the metal, leaving a couple of pin holes.  Luckily this was fixed with a tin of Petseal Ultra - and so far it's done a good job.  The speedometer needle jumped off whilst on the way back from the BSAOC open day at Market Harborough - the clock has been sent to Pople's for repair ( this was on May 26th - it's now the middle of September and I still ain't got a clock ).  I've bunged an Indian "Smiths" clock on for now. 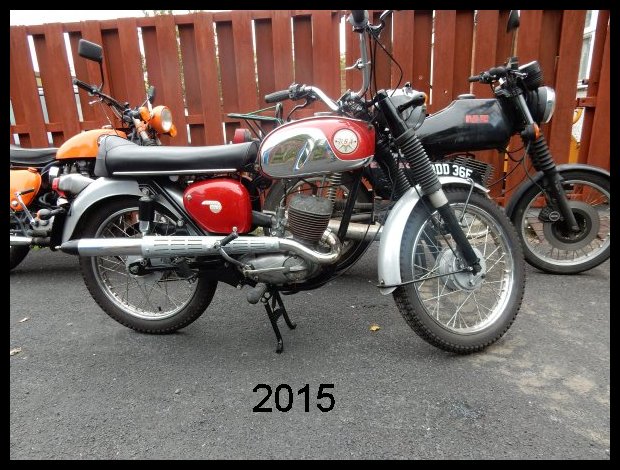 Once again I went to the Ace Cafe for the "Bantams at the Ace" day.  I was using a B175 engine which I'd bought in November 2014 - using this engine until I had rebuilt the original.

The bike got there and back with no problems at all . .  .OK, it was a tad cold in late September at six in the morning, but that ain't the bike's fault. 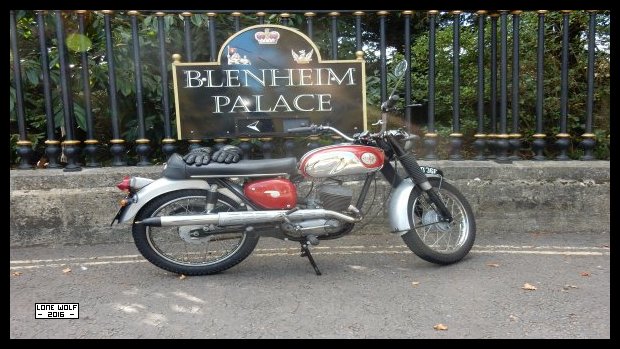 I also managed to get hold of a Todd head - so that went on too.  Just for good measure, I also fitted electronic ignition - so far, so good. 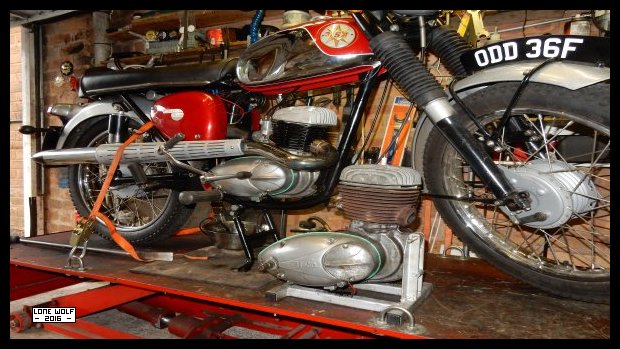 I took the D14 on the Bantam Club's national rally - it was one of 83 Bantams which gathered there. 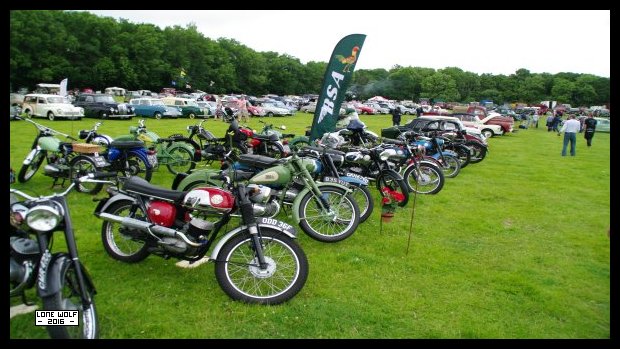 The Bantam has been running fine - no mechanical or electrical problems. . . . . and that's fine by me. 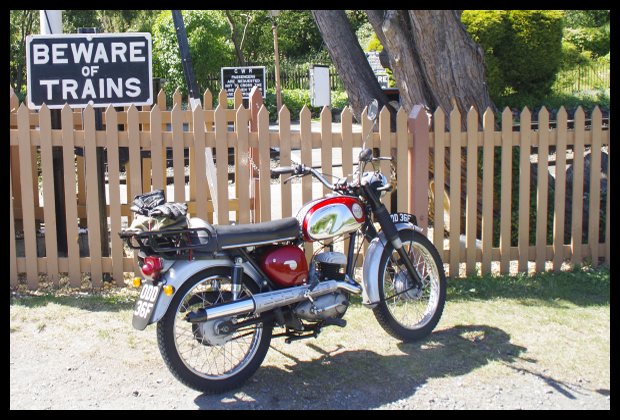 The Bantam has been sold.

I did the Bantam club national rally down by Cambridge, and someone asked if the bike could be for sale.

Seeing as I only did 22 miles on it last year, and 66 the year before, it was obvious I was not really using this bike.

I still have the MZ for that "two stroke fix", and I still have enough bits to build another Bantam engine - my B175 engine went with