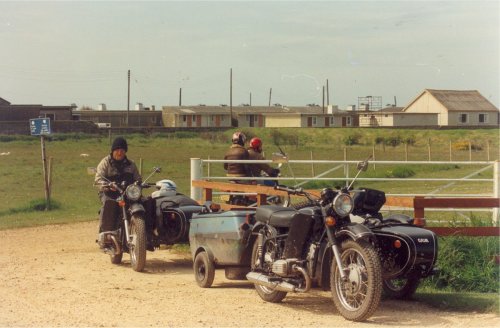 Having sold my Aspencade, I had some money burning a hole in my pocket. I know, I'll buy a Russian outfit, complete with reverse gear.  Ron also bought one at the same time.  By some strange quirk of fate, the bike was registered on March 12th - my birthday.  First thing to go was the original engine - I sold it and bought a BMW R80 engine. 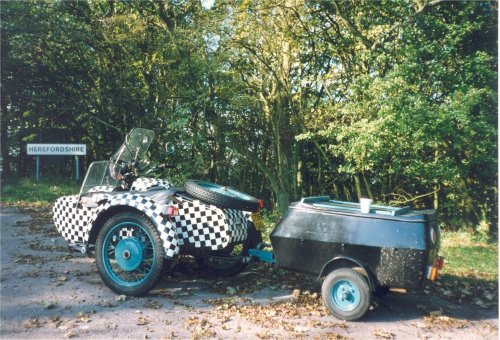 As well as the new engine, I also added a few white squares, and the good old trailer was painted to match the bike . . . . again.  Sadly the engine just never got on with the gearbox, so I took the angle grinder to the thing and turned it into a trike.