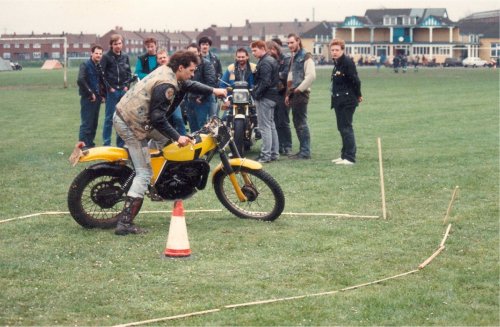 Bought for £ 375 after seeing it advertised in the Express and Star.  The Beamish was used for one of the silly games at our "Bogsate" rally.  Pete tried a bit of downhill work and folded the front wheel under the engine.  Luckily it was the same front wheel as the current range of Suzuki mopeds so a replacement was soon obtained. 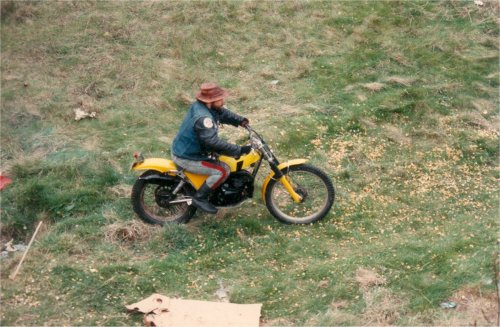 I eventually sold the bike to Steve Goode motorcycles for the same price as I paid for it.  Steve Goode was the dealer who supplied my Enfield Bullet, for what it's worth.