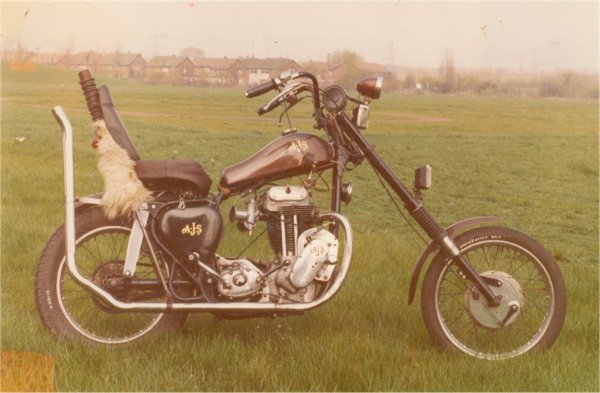 Good grief !   Did I really ride that ?        The answer is "Yes, I did".    Bought for £65 following a chance conversation in the Manchester Stores pub.  The all alloy competition engine ended up being converted to coil ignition and sporting a belt drive car alternator.  The petrol tank seen above was off a Gilera moped, but looked just the right shape.  The bike ended up being stolen from outside a house on Yew Tree estate, luckily I got it back within the hour.  As far as I know, most of this machine is still in the loft of "Fossil" - or his parents loft to be more precise, Fossil having joined the RAF. 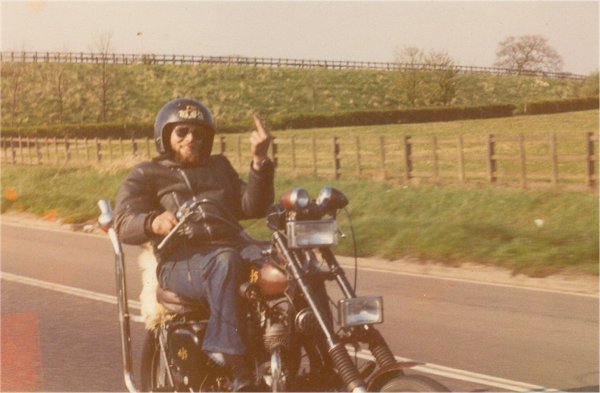 Here we are heading back home from the Lake District.  Note how the vibration has caused the left hand running light to rotate.

This dates the photograph before March 1984, seeing as that's when "Ajay" the dog died.

Named after the bike of course.