Just for a change, I buy something with more than one cylinder, but it's still a BSA - a BSA A65 Thunderbolt to be precise.  The main reason I bought this particular bike was the engine.  One of the weak points on these motors is the timing side bush - well this has been replaced with a roller bearing.  Also, it has a set of aftermarket Devimead barrels taking the capacity up to 750cc.  The main advantage of this is torque rather than speed.

Anyway, the beginning of  April in 2016 saw me heading down into Cornwall and coming back with a BSA Thunderbolt. 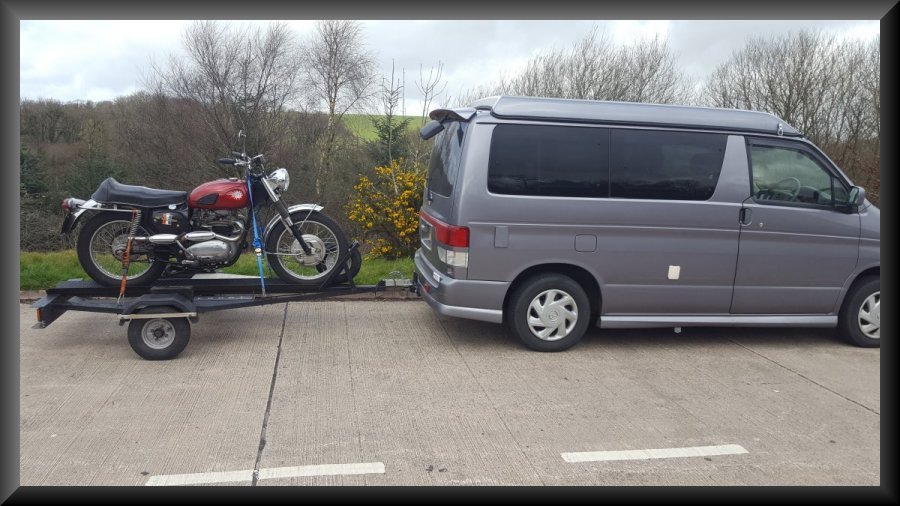 It was obvious from the oil on the front of my trailer that the front fork oil seals were shot . . . as were the fork stanchions and wheel bearings.  Nothing that a bit of time and money didn't put right.  Whilst I had the wheel out I fitted a new stainless steel nave plate ( that's what the parts book calls the hub cover ).   The seat got treated to a new cover - pity I didn't get the foam changed - the stuff in there is far too soft, as soon as you sit on the bike you can feel the seat base beneath the foam.

With the Stafford show coming up, I decided it was about time I attempted to walk around it.  This would be the first time since my accident in 2009.  Armed with my trusty crutch and a shopping list of parts I went to the show.  The A65 ended up with some new clocks, and the bracket to mount 'em on, along with a set of indicators and a new regulator / rectifier to replace the Zener diode.

Now seeing as these new clocks are electrically operated rather than cable, I decided to give the bike a complete re-wire.  This is something I tend to do on any machine I buy.  That way I  know the wiring is good, and usually a damn sight simpler than the original. 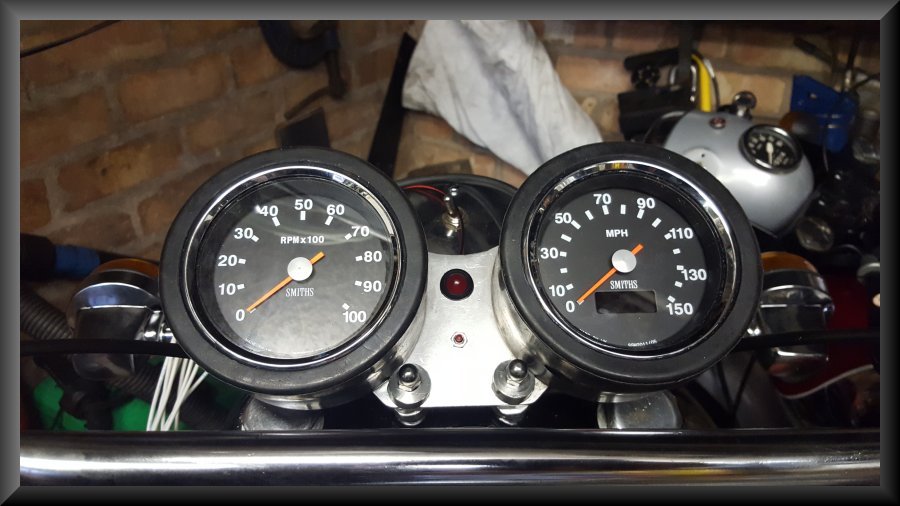 The bike went on its first "shakedown run".  Only a few minor niggles.  The reed switch which was acting as the speedo sensor came adrift - it was soon cable tied back on.  The only reason I was using a reed switch was that the original sender unit didn't work - I'll get in touch with Smiths Instruments about it.  The charge warning light didn't go out once the lights were on - I checked this later on and found the alternator wasn't putting quite enough out - luckily I had a new stator which was fitted the next day.  That seems to have done the trick.

I ran the bike with the original high exhaust pipes.  Now these pipes might look nice, but the heat shield gets in the way when you try kicking the bike over whilst astride it - so it was time for some new pipes.  The sidestand seemed to foul on conventional down pipes, so a Siamese system was the way to go. 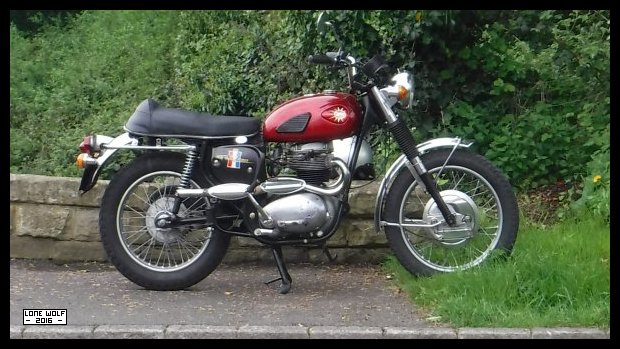 The Siamese down pipes found themselves attached to a stainless steel Gold Star silencer - the same type as I have fitted to the B33.  The only little niggle I have with the bike at the moment is it wet sumps.  If I leave it a week then the best part of a pint of oil will leak back down into the crankcases - luckily it has an aftermarket alloy sump plate with a drain hole - maybe that's the reason it was fitted in the first place.  I've got a new oil pump on order, and as soon as that arrives I'll fit it, but apart from that, the bike seems to be going well. 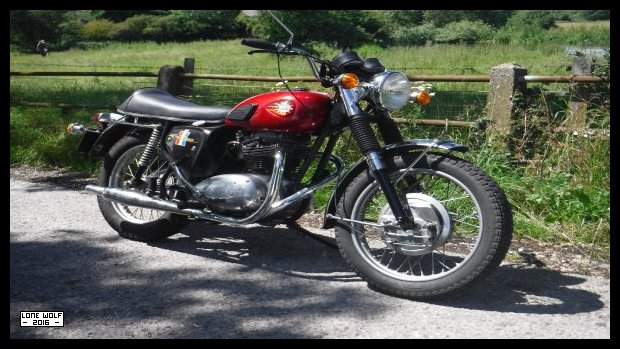 This year the A65 was treated to a fully reconditioned engine, courtesy of SRM.  As well as this, both wheels were rebuilt with stainless steel rims and spokes - and just to top it all off a new Mikuni carburettor was fitted.  At the moment there's a problem with gearbox oil leaking out along the gear change shaft - I'm hoping that will soon be sorted out. 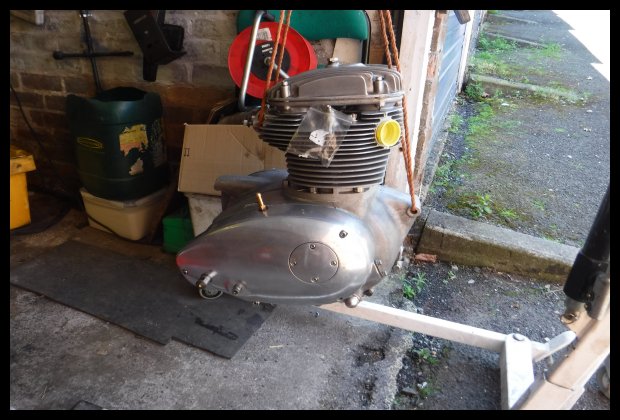 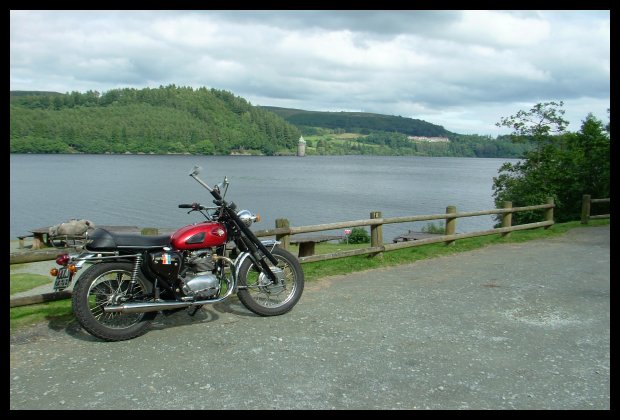 The A65 has done just what it was meant to do.  OK, so there was an issue with oil leaks, which is why it went back to SRM.   I haven't used this bike as much as I thought I would - I guess I prefer the single cylinder machines.  Still, it's nice to have something different to ride every now and again. . . . which is why the A65 had a holiday down at Porlock earlier this year. 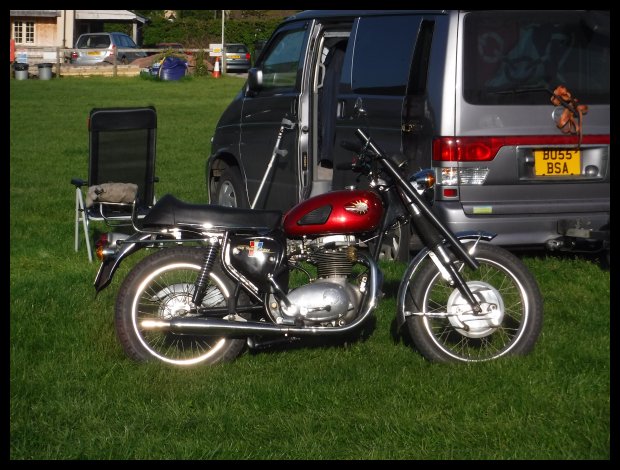 The A65 has been used on a couple of holidays this year, and has also been to the seaside on more than one occasion.  OK, so I had a little ignition problem which turned out to be a ring terminal on the coil.  This was easily fixed and the A65 has not given me any problems since.

Whilst fettling the A65 I noticed one of the spoke nipples on the rear wheel had sheared its head off.  On closer inspection I found it was four nipples that had sheared.  Apparently this was due to the spokes being too short - a problem which was soon rectified.   After refitting the rear wheel, I happened to look inside the petrol tank.  Oh dear - it seems like some kind of tank liner had been applied in the past and this was now breaking up.  So at the moment, the tank is off to be chemically stripped and cleaned, then it will be over to the powder coaters, before finally being treated with POR15 tank sealant.  I've used POR15 in a few bikes now, and it seems to do the job admirably. 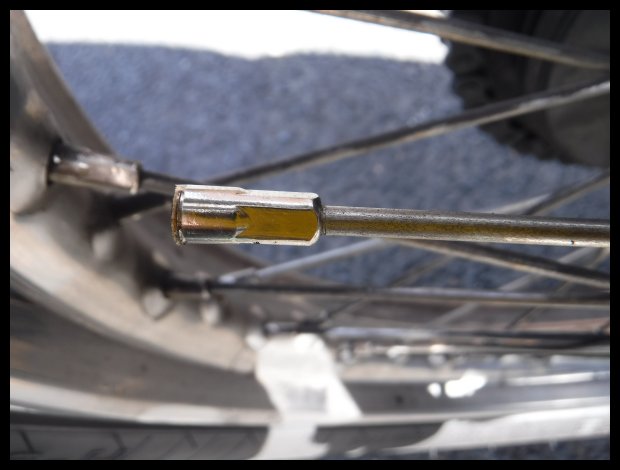 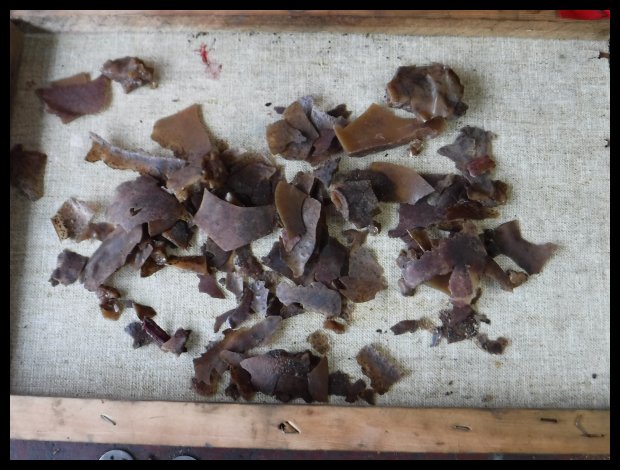 For some reason best known to themselves, SRM decided to use a fine threaded waisted stud on the front cylinder head fixings.  Fine threads into soft aluminium is not a good idea - they have a tendency to strip . . . which is exactly what happened.  I noticed a slight oil leak and thought I might as well check the torque of the head bolts ( first time since the SRM rebuild ) and was surprised when two of them happily rotated.  There again, nothing that a bit of lathe work and a few Helicoil inserts didn't fix.  Apart from that, and breaking the ( very thin ) head steady, the A65 has been running just fine. 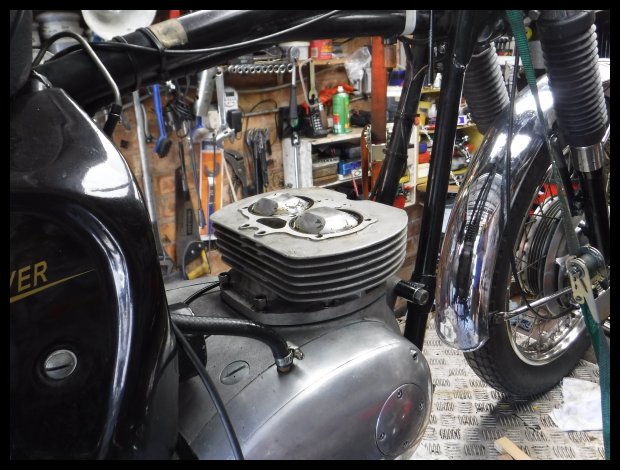